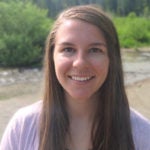 Katie joined the Graduate Program in 2018 to work under the mentorship of Abigail Marsh. She completed her bachelor’s degree at the Pennsylvania State University in Psychology and Neuroscience. During this time, she was a research assistant in the Child Brain Development Lab. Post-graduation, Katie went on to become a postbaccalaureate research assistant under the mentorship of James Blair at the Center for Neurobehavioral Research. She is interested in using brain imaging to understand empathy and emotion processing with specific focus on disfunction in these processes. 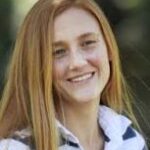 Paige is a graduate student in the Lifespan Cognitive Neuroscience concentration. She graduated with honors from Princeton University in 2019, where she majored in Psychology. She then worked as a research coordinator at the University of Rochester with Dr. David Dodell-Feder where she studied the effects of reading fiction on social and moral cognition. She currently studies the intersection of altruism, morality, and social decision-making. 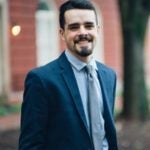 Rob is a National Science Foundation and Patrick Healy fellow who joined the Graduate Program in 2018 to work under the mentorship of Adam Green in the Laboratory for Relational Cognition. He earned his B.A. in Psychology and Philosophy at Georgetown University, where he worked as a research coordinator and studied the cognitive mechanisms that support creative thinking. He is broadly interested in understanding and enhancing human cognition. His current research project focuses on utilizing brain stimulation to enhance various cognitive abilities and reveal the core functional brain networks that support them.

Rich joined the Graduate Program  and the Laboratory for Relational Cognition in 2016 to work under the guidance of both Adam Green and Ian Lyons. Before coming to Georgetown, Rich worked at ideas42, a non-profit behavioral design lab that applies behavioral science to do social good. He graduated Phi Beta Kappa from Princeton University in 2015 with a B.A. in psychology and a certificate in neuroscience. While at Princeton, he was a research assistant in the Human Working Memory Lab where he studied the effects of stereotype threat on working memory. He is primarily interested in using both behavioral and neuroscience methods to study how social and emotional factors affect cognition. 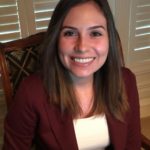 Mia joined the Graduate Program in 2017 to work under the mentorship of Fathali Moghaddam. She received her bachelor’s degree in Psychology from Pepperdine University and a master’s in Forensic Psychology from George Washington University. While at George Washington, she supported counterterrorism research at the National Consortium for the Study of Terrorism and Responses to Terrorism in the Unconventional Weapons and Technology Division and at National Defense University within the College of International Security Affairs. Her research interests focus on understanding the effects of terrorism and immigration on decisions involving national security and human rights. 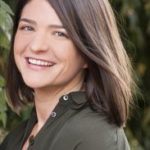 Caitlin joined the Graduate Program to work under the mentorship of Rebecca Ryan in 2016. She received her bachelor’s degree in Psychology from The University of Texas and a master’s degree in Applied Developmental Psychology from George Mason University. During her master program her research focused on public school pre-kindergarten and the school readiness of children living in poverty. Her current research interests include parenting and early childhood education. 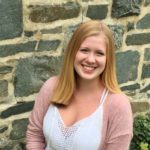 Jane joined the graduate program in 2016 to work under the mentorship of Deborah Phillips and Ian Lyons. She graduated from Western University with a B.A. in developmental cognitive neuroscience in 2015. While at Western, she worked as a research assistant in the Numerical Cognition Lab where she studied how children acquire numerical and mathematical skills from both neural and behavioral levels of analysis. At Georgetown, she is interested in early childhood math learning and implications for educational policy. 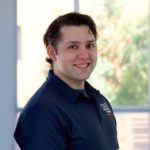 Matthew recently joined the Graduate Program in 2019 working under Kostadin Kushlev. Before arriving, he received his Master’s degree at California State University, Northridge with his research focusing on the interactions of people with technology. His current research lies at the intersection of psychology and technology with his interests seeking to understand the social perception of technology, and the effects of relationships mediated through technology. 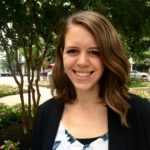 Anne joined the Graduate Program to work under the mentorship of Anna Johnson in 2018. She previously served as a Fulbright English Teaching Assistant in Slovakia and studied early care and education policy and program implementation at Child Trends. Her current research interests focus on access to early care and education and how participation in early care and education programs can impact children’s well-being and school readiness, particularly for children in vulnerable populations. Anne received her B.A. in Psychology from the College of Wooster. 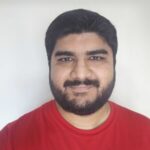 Adnan joined the Graduate Program in 2020 to work under the guidance of Dr. Chandan Vaidya in the Developmental Cognitive Neuroscience Laboratory. He graduated from University of Maryland College Park with a B.S. in Physiology and Neurobiology. Before coming to Georgetown, he worked in the Laboratory of Cognition & Emotion and Developmental Social Cognitive Neuroscience Lab at University of Maryland, where he studied the effects of anxiety, joint attention, and social-emotional paradigms.  He is interested in prototype and exemplar learning and identifying the dimensions of executive control that span across psychiatric diagnosis such as Autism Spectrum Disorder, ADHD, mood disorders, and anxiety disorders. 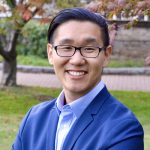 Shawn is a National Science Foundation fellow in the Laboratory on Social and Affective Neuroscience and joined the graduate program in 2017 to work under the mentorship of Abigail Marsh. After receiving his bachelor’s degree in both Physics and Psychology from the University of Southern California, he worked as laboratory manager at the UC Davis Center for Mind and Brain. Shawn is interested in the computational aspects of neural function and conducts research on how they relate to [1] learning and decision-making in social contexts, [2] interpersonal perception, and [3] emotional experiences that are either shared (i.e., interactions with others that are coupled in space and/or time) or vicarious (i.e., empathy). 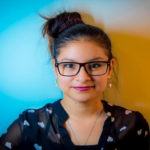 Joscelin joined the Graduate Program in 2017. Prior to joining the program she was lab manager for the Georgetown Early Learning Project. She graduated from Berea College in May 2016 with a double major in Psychology and Child Family Studies with a concentration in Child Development and a minor in French. Her research interests are bilingualism and language acquisition as well as how children learn from media and technology.

Raimundo joined the Graduate Program in 2020 to work under the mentorship of Fathali Moghaddam. He received bachelor’s degrees in Biochemistry from the University of Chile and Theology from the Catholic University of Chile. While Raimundo worked in the Jesuit Migrant Service of Chile, he developed his migration and intergroup relations interests. Hence, his research focuses on the intersection of psychology, public policies, and immigration.

Mike joined the Psychology department in 2019 to work with Ian Lyons. He received his Bachelors of science with an honors specialization in psychology from the University of Western Ontario. After graduating Mike worked in the Numerical Cognition Laboratory, focusing on the study of symbolic number representation in children and adults using fMRI. Mike is broadly interested in the development of symbolic number processing and how these skills relate to mathematics ability. He is also interested in understanding how other factors (e.g. computational context, math anxiety) influence symbolic number representation and how cognitive neuroscience can be used to improve educational policy. 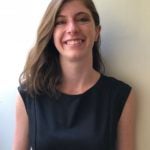 Sam joined the graduate program in 2019 to work under the mentorship of Rebecca Ryan and Rachel Barr. After receiving her B.S. in Psychology from Fordham University, she worked as a research assistant at MDRC. There, she implemented and evaluated social programs related to children and families in low-income communities. Her current research interests involve continuing to analyze the unique stressors that affect this vulnerable population, and exploring interventions that promote positive child development and outcomes via a two-generation approach.