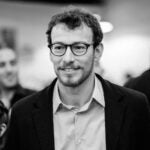 Oded is an Israeli-Dutch neurocognitive researcher. He received his doctoral degree from the University of Haifa (Israel), working in the social and affective neuroscience lab (SANS) with Professor Simone Shamay-Tsoory and Dr. Donna Abecais. Oded’s research interests include the underlying cognitive and neural bases of creative cognition. More specifically, his work focused on how environmental factors, such as socialization, enculturation, and expertise (especially musical expertise) may influence the creative process, taking into account that these environmental factors influence both how people generate ideas, and how they evaluate them. Furthermore, understanding these influences may help explain creative differences between various populations, and may help us design training programs to enhance creative performance. In the SANS lab, Oded had a proactive role in several studies in diverse research topics (empathy, emotion recognition and regulation, social cognition, aggression, depression, shame, and intercultural differences in creativity and self-enhancement). His research involved the application of a range of experimental methods (fMRI, TMS, tDCs), and pharmocological interventions (oxytocin and methylphenidate). In the Green Lab, Oded will be working on an NSF-funded project examining how creativity can be methodically augmented using cognitive intervention, brain stimulation, and biofeedback in order to optimize the creative process and product. 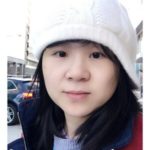 Sufang is currently a postdoctoral research fellow in the Department of Psychology at Georgetown University. She received her Ph.D. in Cognitive Neurosciences from Beijing Normal University, China. She was trained in brain imaging methods in the Neuroimaging Research Branch at NIDA and School of Medicine at Johns Hopkins University. Her main research interest is to combine resting state fMRI and task state fMRI to explore the neuro-mechanism of various psychiatric populations. 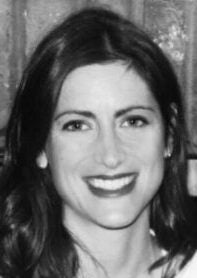 Kelly completed her doctoral training in the Cognitive Recovery Lab at Georgetown University Medical Center under the mentorship of Dr. Peter Turkeltaub. Broadly, Kelly’s research has focused on how neural networks interact to process dynamic stimuli like speech and rhythm, both in the healthy brain and after neurological injury. With funding support from an NSF Graduate Fellowship award, Kelly’s work used electroencephalography (EEG) to examine the neural mechanisms underlying auditory and audiovisual speech perception, while carefully controlling for cognitive factors like attention and decision-making. While in the Cognitive Recovery Lab, Kelly also completed a project that used machine learning to investigate how factors like aging and temporal perception ability influence speech perception in stroke survivors with language deficits. In her current role as a postdoctoral research fellow at National Institute for Neurological Disorders and Stroke, she is using behavioral and functional magnetic resonance imaging (fMRI) methods to investigate how rapidly learned information is consolidated into memory, both in the speech and motor domains. Kelly has a strong interest in pursuing research questions that have direct applications outside of the lab, and in the Lab for Relational Cognition she will be leading an NSF-funded project investigating the behavioral and neural impacts of a spatial reasoning intervention in high school STEM classrooms. In addition, she will be drawing on her previous experience designing behavioral paradigms and using research methods like EEG and non-invasive brain stimulation to develop a new line of research focused on understanding and modulating neural networks. 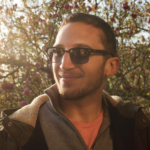 Adam began volunteering in the Laboratory for Relational Cognition in the spring of 2014 before formally joining the lab as a PhD student the following year. Prior to joining the lab, Adam earned his BS in neuroscience at Union College, where he conducted research on inattentional and change blindness. He is broadly interested in how implicit processes shape our more explicit knowledge and beliefs, including belief in God. Adam is also interested in creative cognition, with a specific focus on the enhancement of state creativity through behavioral and neural interventions. After completing his PhD in 2020, Adam remained in the Laboratory for Relational Cognition as a post-doctoral scientist. In his current position, Adam is investigating how people represent God relative to other real and non-real entities via Representational Similarity Analysis of fMRI data. He is also working as a post-doctoral researcher at the Penn Center for Neuroaesthetics, directed by Dr. Anjan Chatterjee.